Today as I scrolled through my newsfeed on facebook I found myself tearing up. Not some huge display of sadness or grief, but just a deep ache along with confusion that I am still processing. As an adult in my third decade of life I have voted before. My picks for president have both won and lost, and life has gone on. I’ve always chalked up outcomes as the results of democracy, and graciously accepted the consequences.

Today however, as I was having my moment of mourning my 3 year old daughter looked up and asked what was wrong. So I let her know that the person I had hoped would be president, isn’t. She got a worried look on her face and said “oh no…”. My child has no clue about our country’s candidates, knows nothing about their policies, pasts, morals or plans for her future. Her concern is a reflection of mine. Her worry mirrors what she sees in my eyes today. It’s impossible to hide, especially to my highly perceptive little girl, that I am upset. There is no point in pretending that I am happy with the outcome of last night or that I do not worry about the impact it has and will continue to have on our country as a whole. I can’t change any of this. I can’t change the fact that my pride as a Mexican American citizen of this country has been hurt. I can’t change that the fears my community has tried to suppress are being confirmed, that we would always be less in the eyes of some, that our contributions to this nation’s economy are trumped (pardon the pun) by inherent hate. I can’t do anything about the fact that my gender still continues to pose a disadvantage in more factors than I can equate. The thing is, none of these things are new, those same problems have existed in our society up until this point, so why am I upset by them so much more today? It is because for a brief moment I believed we were headed in the right direction to change them. I am not hopeful romantic who believed all of our problems would be solved overnight by a woman president. As the name of my blog states, I was cynical about H’s possibilities. As she beat every road block one by one, I supported her efforts, while in the back of my mind believing that it would never go as far as it did. So when the election was down to two candidates and it seemed, not just to me, that this was actually going to happen, I gave in. I gave in to the hope and the wishful thinking that maybe things weren’t as bleak as I thought. Maybe I was just being a cynic for no reason. Maybe it was possible for a woman, one who had prepared her entire career, or better yet, life for this. I’ve read in articles and heard others say that many mothers were most grateful that their daughters, whether old enough or too young to understand the meaning, got to see this first hand. It was no longer an empty promise to tell them they too could someday be president, or anything else they wanted and worked hard for. It wasn’t an act of rebellion to the ‘way things are’ for a little girl to announce that someday she would become president.

This is what I mourn today. Possibility. There is a difference though, in being reflective and melancholy and giving up. What my daughter will see, and hopefully somewhat remember from today will be my continued hope and belief that our nation can still change and evolve into a place where these ‘problems’ can actually be a thing of the past. She will know I have not lost hope for my generation and most definitely not for hers. I will hold my head up, explain that sometimes things don’t work out the way we want, for now, but that doesn’t mean we stop working to make things better. She will learn from me that our nation has taken steps both forward and back but that does not mean we stop trying. We will not give up when things are bad and we will not become complacent when they are good. Today, this nation as a whole may not believe that she, as a girl of immigrant descent, can accomplish anything she could possibly dream of but I do. I know it. 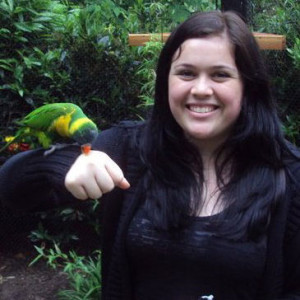